Fancy spending an afternoon at one of Russia’s most notorious prisons in Estonia? The Patarei is one of the most commanding prisons during Soviet Union era in the country. Today, even after Estonia gained its independence from Russia, the prison still stands as imposing as it was during the Soviet occupation and it serves as a daunting monument of the Russian oppression.

Originally, the striking triangular fortress of the Patarei prison was built for Nicholas the First in the early 19th century. It has became a prison in the twentieth century for the Soviet Union and now, it has been turned into a museum and opened for public viewing.

In addition to the prison cells and hospital rooms in the dark, clammy prison, Patarei also give shelter to a bar and sauna that faces the sea. Sporadically used as a spot for huge rave parties, the extensive stone fortress of Patarei represents at the same time many years of Estonian history and the country’s memoirs of incarceration.

The grounds and cells of Patarei are definitely a must see for Tallinn’s guests. Book this activity now and include it in your list of activities for your stag weekend and bring a memory you never thought possible.

Have Camera With You

The grounds and cells of Patarei are definitely a must see for Tallinn’s guests.

If you are looking for something unique and extremely memorable, then things dont come much better than this. 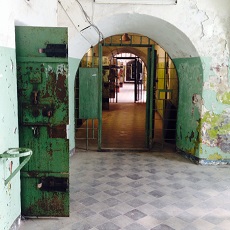 This is certainly something you will be talking about for ages and wont forget in a hurry! 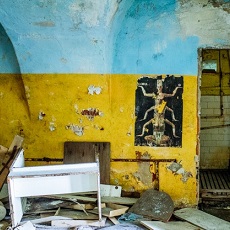 If you really want to go hardcore and get the boys blood racing, then we can organise a little night time surprise